An appreciation of diversity was learned at our kitchen table. A first generation American of Dutch decent, Dad found employment at a local printing company and later was promoted to a supervisory position. The 1960’s brought so much social change including the term ‘race relations’, women’s rights and the Viet Nam war. Certainly, these were confounding times.

As there was pressure to employ entry level positions with diverse candidates, Dad hired many. He hosted Webster’s version of the “International House of Pancakes’ and welcomed these foreign-born workers to breakfast every Saturday morning to fill up on pancakes and share life stories. Dad enjoyed learning their exotic phrases and often learned just enough to poke fun or to help correct a work issue.

Fast forward thirty years, as an educator in a local college, one half of my classroom was attended by English speakers of other languages, two of which were from Viet Nam. Enlightened though our Saturday pancake breakfasts, I still struggled with these two pupils. As I reflected, I understood why. No Asians attended Dad’s breakfasts, but the TV newsreels of our soldiers being maimed and killed in Viet Nam attended dinner daily. I became acutely aware of the impact of these images.

I decided to do what Dad modeled. Although rather reluctantly at first, I befriended the 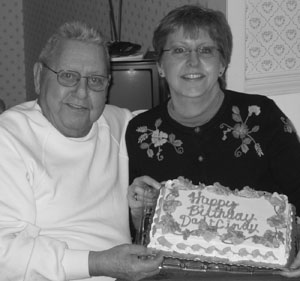 Vietnamese culture. Stories and photos were shared and an understanding had been reached. In essence, the war had not left their families or their country unscathed either.

Both successfully completed the program and I successfully overcame my own discrimination. As a token of my graduate’s gratitude, I received a package that contained a painting from Viet Nam of a rice farmer working in a field. Prominently displayed in my home, it is a reminder that like sowing rice, peace is sown through creating prime connections with people groups, one person at a time.

As I learned by my father’s example, making prime connections with those who are culturally diverse takes time and effort. Not all of our neighbors in our small town were as enlightened as Dad. Overcoming fear of miscommunication and being misunderstood is risky and takes practice. It also takes diligence and determination, but the outcomes can be life-changing for all!